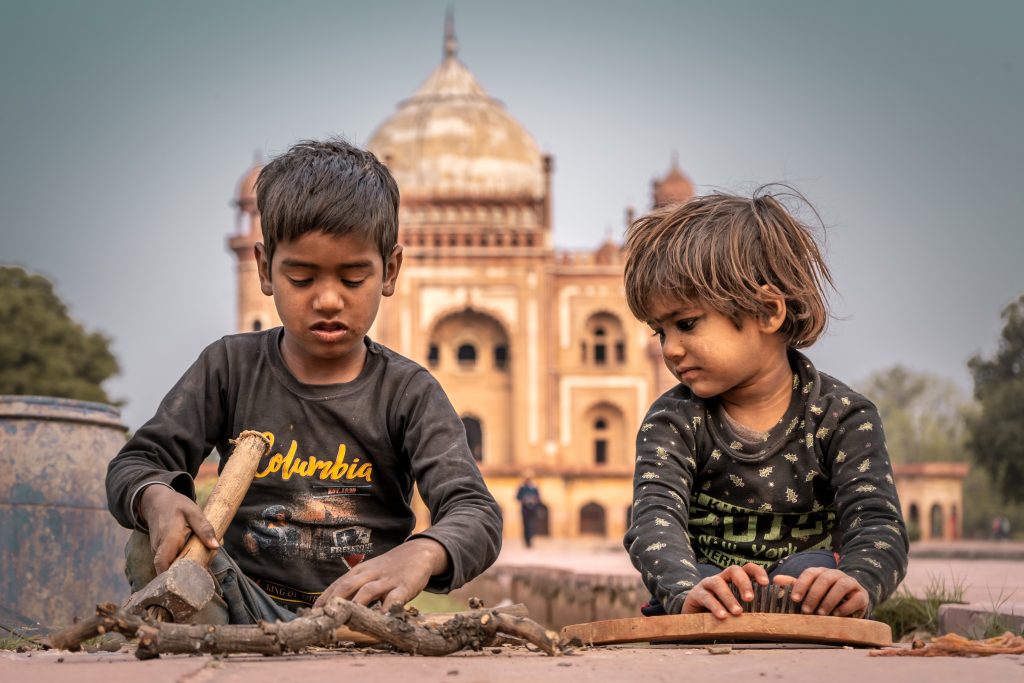 Photo by Atul Pandey from Unsplash

Child labor reforms were passed during the Great Drepression when people were out of work, and the physical, mental, and educational well being of children were considered. Because of the reforms, it is now legally required that children complete a certain level of education, and above all, reach a certain age before entering the workforce. As of 1949, child labor is predominately illegal with some exceptions, but it continues to affect children in the modern day on a more daunting level.

During the Industrial Revolution, the reasoning behind recruiting children into the workforce was determined by the qualities that adults could not provide employers. The adult employees understood wages and their worth within a company, and they were able to demand certain expectations from their employers. Children, on the other hand, “could be paid less, were less likely to organize into unions and their small stature enabled them to complete tasks in factories or mines that would be challenging for adults” (History.com). Unlike adults, these exploited children did not know what fair wages were, let alone how to ensure they received them. These children were subject to situations that were potentially more dangerous than the adult employees faced due to their smaller frames. Children subjected to these working conditions were put at a higher risk of injury compared to the adults they worked with because of their ability to work in smaller spaces. Similar to the child labor during the Industrial Revolution, modern child labor also puts children’s physical health at risk due to long hours and poor working conditions. Also in parallel with past child labor, modern children are considered to be ideal employees for companies because of their cheap labor and inability to unionize for better conditions. Modern child labor is a result of economic hardships in their families, or even human trafficking. In both of these cases, labor exploitation is extremely harmful to children. In comparison to the average child attending school, “unlike activities that help children develop, such as contributing to light housework or taking on a job during school holidays, child labour limits access to education and harms a child’s physical, mental and social growth” (UNICEF). This statement directly supports the child labor laws put in place years ago, but none the less, child labor is a continuous battle in the U.S. Regardless of child labor being made illegal, modern children, much like those in the past, are being forced into work.

The major difference between modern and pre-Great Depression child labor is the increase in human trafficking and child enslavement. While both past and present children subject to illegal labor were caused by poverty and equally damaging to said children, working in the 1920s and before was considered an expectation for people as soon as they could be put to work. Once the importance of education and the development of children began to rise in the U.S., the prioritization of working as soon as possible began to dwindle. Today, the expectations for children are drastically different than what they were in the 1920s, and because of that, modern child labor seems more appalling and dangerous. Since children are no longer expected to work as soon as they can hold a broom, trafficking and forced labor have increased substantially. In both modern and past child labor, the physical, mental, and emotional well being of children were and are severely at risk.

How Can We Support You Beyond An Child Labour Essay Sample

Hopefully, after reading this, you clearly understand how a good essay on child labor must look. You need to know that this perfect sample of a child labor essay is not the only kind of support we can offer. Our team of excellent writers can support you in editing, writing, and updating essays, term papers, speeches, and more. Our authors are ready to give you assistance on any academic issue you might have. We are reliable and skilled enough to write a paper on complicated and rare topics as well. Reach out for our support to know more.