The death sentence is a controversial topic in modern society. Many countries abolished the death penalty as a punishment for serious crimes in the 20th century. However, some governments still consider it as an effective measure to prevent recurrent criminal actions. Among them are China, the USA, India, Belarus, and over 50 other countries. Anyway, there are many questions about the real results of this. For instance, such a question is the most disturbing: does the death penalty really decrease the number of crimes in those countries? 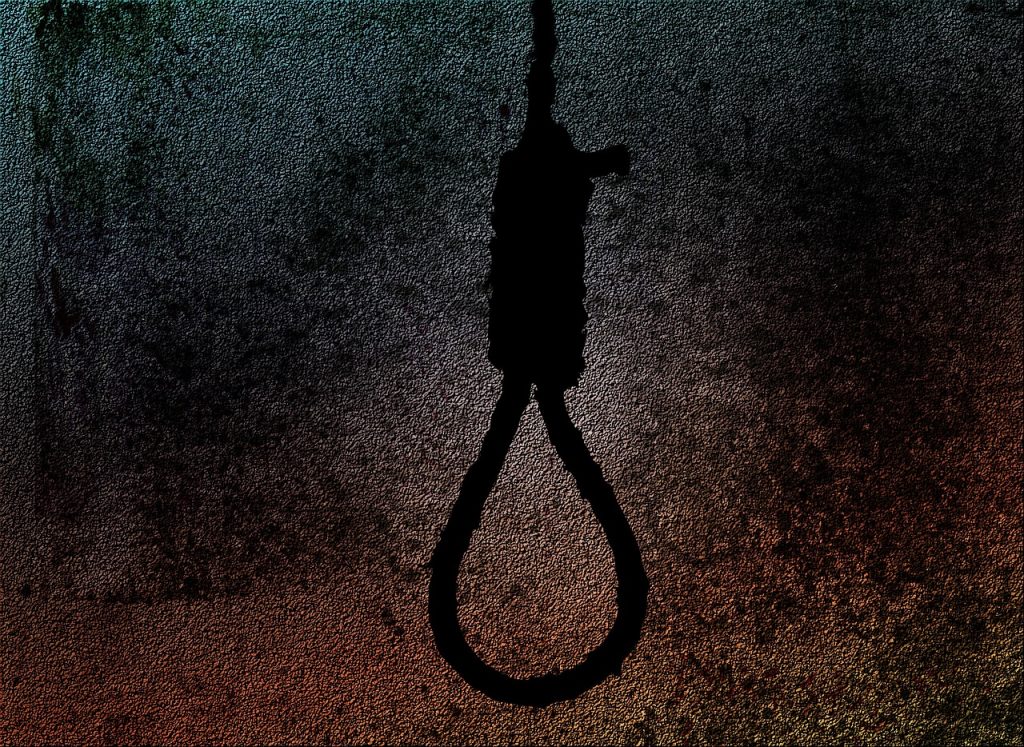 Photo by kalhh from Pixabay

Students of many world-recognized universities are assigned to research the death penalty in current times for not staying behind this subject. They need to write more essays about the death penalty to enlighten communities concerning this subject so they can change their position towards it. Scholarly research efficiently prevents erroneous beliefs in punishments and can significantly change the law gaps.

When students are assigned to write about the death penalty, they have to choose a relevant topic. This subject is so broad that it is not easy to find references according to the specific theme. Still, you can always read the example of an essay on the death penalty on our website to level up your knowledge in this field. Also, get more academic writing tips on our blog to apply in your multidisciplinary tasks and increase performance in class.

Is the Death Penalty Justified?

Courts and societies use legal punishment to reduce the inclination of citizens towards unlawful actions. The notion that sentencing criminals with severe punishment is one of the most effective ways to restrict potential crimes. However, the statistics suggest that countries with relatively lower death sentences have lower crime rates. Criminologists such as William Bowers propose that the execution of the death penalty by the courts may have a brutalizing effect on society: that is, individuals are dehumanized by witnessing the death penalty and are more prone to committing crimes (Bowers and Pierce).

Many non-governmental institutions such as Amnesty International strived against the implementation of the death penalty. It described the death penalty as an “ultimate denial of human rights and a symptom of a violent society” (Kim). A question arises on the extent of jurisdiction of law on an individual’s life. In other words, a death sentence is the premeditated killing of an individual despite the crime. This directly violates the “right to life” according to the Universal Declaration of Human Rights proposed in 1948 (Assembly). UDHR states that all individuals have a right to dignity and life. According to Foucault, the transition to the modern penal system has political roots to assert control over the public. The history of humankind reflects that a complete disregard for human rights has often resulted in the atrocious acts as witnessed in the genocide of European Jews in the Holocaust. According to Durkheim, a French sociologist, a shift from repressive law to restitutive law occurred due to the changes in the structure of society and economic development. The ideal modern world assures the ideas of freedom of speech and freedom from fear.

Global capitalism and technological advancement brought out organic solidarity in the society that reflects divergence from monarchy (Phillips; Sirianni). Any decision by the court to implement the death penalty or severe forms of punishment is a retrograde move towards the repressive law. The rate of erroneous conviction is often unknown due to the lack of a systematic method. A survival analysis of the sentenced criminals on the probability of their exoneration offers an insight into the degree of false convictions. Research shows at least 4.1% of the individuals on death row shift to life imprisonment on average (Gross et al.). In the majority of the circumstances, a cruel individual may engage in a criminal deed. However, under extreme circumstances, a rational individual may commit a crime and is sentenced to prison (Zivot). This is especially true in the case of those from impoverished backgrounds. Hence, the shape and nature of the punishment determine the aftermath both for the individual and the communities at large (Gross et al.).

The death penalty is considered an extreme form of punishment in terms of regulating the crime rate. Research reflects its inefficient nature in reducing the recurrence of crime in society. A closer look at the history of humankind reveals the socio-political agenda behind the introduction of the death penalty. Even today, many innocent defendants fall prey to the death sentence. A revisit on the policy of the death penalty is necessary.

Assembly, UN General. “Universal Declaration of Human Rights.” UN General Assembly 302.2 (1948): 14-25. Print.
Bowers, William J, and Glenn L Pierce. “Deterrence or Brutalization: What Is the Effect of Executions?” Crime & Delinquency 26.4 (1980): 453-84. Print.
Foucault, Michel. “Discipline and Punish: The Birth of the Prison, Trans.” Alan Sheridan (New York: Vintage, 1979) 227 (1977). Print.
Gross, Samuel R., et al. “Rate of False Conviction of Criminal Defendants Who Are Sentenced to Death.” Proceedings of the National Academy of Sciences of the United States of America 111.20 (2014): 7230-35. Print.
Kim, Dongwook. “International Non-Governmental Organizations and the Abolition of the Death Penalty.” European Journal of International Relations 22.3 (2016): 596-621. Print.
Phillips, Rick. “Executions and Public Support for Capital Punishment in the United States: A Durkheimian Perspective.” International Journal of Criminology and Sociological Theory 6.3 (2013). Print.
Sirianni, Carmen J. “Justice and the Division of Labour: A Reconsideration of Durkheim’s Division of Labour in Society.” The Sociological Review 32.3 (1984): 449-70. Print.
Zivot, Joel B. “The Absence of Cruelty Is Not the Presence of Humanness: Physicians and the Death Penalty in the United States.” Philosophy, Ethics, and Humanities in Medicine: PEHM 7 (2012): 13-13. Print.

Anonymous essay
About us

Get your essay written without any personal information: